Worm Shepherd – In the Wake of Sol (Unique Leader) 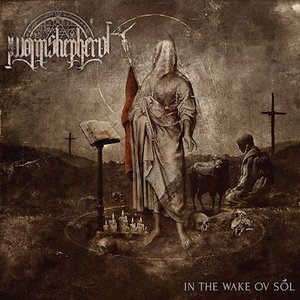 American death metal act Worm Shepherd have no problem mixing together plenty of diverse elements. Their debut album, In the Wake of Sol, mercilessly attacks the listener with influences from all across all walks of life within the extreme metal community. While there are a few jarring moments, the impressive amount of variety makes the band worth a watch as they strive forwards.

What’s initially ear-catching is just how many different things the band can put together within a single song. What’s even more impressive is that for the most part, outside of the suitably epic “Ragnarok,” they don’t have to go for a massive song length to do it. Instead, focused 3-5 minute tracks manage to string together elements of everything from symphonic black metal to brutal, slamming material, to technical riffing, and just about everything in between. As noted, on a few occasions there can be a bit of a jump as the band bounds from symphonic black riffing and melodies and dives into a massive slam section (see “Accursed”), but they do stay pretty cohesive considering the ambitious stylistic switch-ups they manage to perform. What holds it all together is really the dark and pleasantly evil sounding atmosphere that they conjure up. “Loathe” begins with more graceful blackened melodies and fervent riffs but still with some later moments of calm, and the snarl from the slams gives it a nice punch without veering too far off the original mark. The way the synths combine with the slamming elements (see “The Crimson Moon Unwithered”) also help to keep some of the transitions smooth.

There’s much to take in over the course of In the Wake of Sol. It’s an admirable feat in trying to balance so many moving parts, and for a debut, they do a solid job of laying down some groundwork. A few tweaks and further smoothening down of the edges will make Worm Shepherd a real force to be reckoned with.