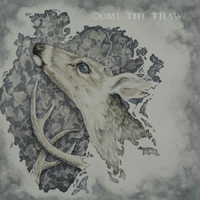 Come the Thaw is light as a feather, but heavy as a ton of bricks, if that makes any sense. The depth in which San Francisco-based Worm Ouroboros creates music is unlike any other band going in North America at the present time. They can go from a chilling boon to a stargazing venture seamlessly, and it’s all done with bare-bones instrumentation and the sonorous vocals of Lorraine Rath and Jessica Way. With that being said, their third album Come the Thaw is serenely delicate, and will more than likely go down as one of the year’s most touching and elusive albums.

At first glance, one won’t pick up on the underlying jazz influence Worm has. The pace and flow of the album’s seven tracks certainly have a free-form jazz feel to them, minus any sort of technicality. A lot of the credit should go to drummer Aesop Dekker, who moves in and out of each song with ease, finding the right spots in which to drop in a drum fill, or give the pace a gentle nudge.

Once opener “Ruined Ground” hits, Come the Thaw settles into a charming stream of soft-metal balladry, where Rath’s calming vocals ring out like wind chimes on the excellent “Further Out,” a song that could be the band’s best concoction to date. Going down the line, the very-sparse “Release Your Days” employs an almost aquatic-like bass line to maximum effect, while the dreary and ethereal “When We Are Gold” and “Withered” help capitalized upon the early ebb and flow that began at the album’s onset.

Detour rock/metal like Worm Ouroboros has long been a perfect antidote to extreme metal’s hell-bent uh, “bent.” As such, Come the Thaw is a wistful gem, that at times, is sheer sonic bliss. One would be hard-pressed to find a band that is more flush with lush, gorgeous soundcapes than Worm Ouroboros. At this rate, they’ll be able to create their own sub-section of metal. Virtually untouchable. 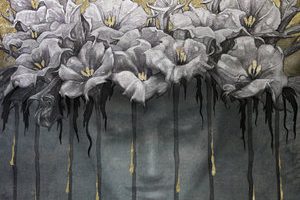