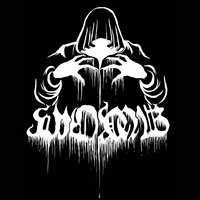 Funeral doom is a genre that many avoid like the plague. Admittedly, it does take a certain mindset to look past the plodding pace and sometimes excruciating lengths that these bands utilize for each song. New Spanish doomsters Womb aren’t exactly your typical funeral doom marchers, which is probably why Hypnotic Dirge and Solitude Productions have teamed up to offer a physical release to the band’s debut, Deception Through Your Lies.

It must be noted that Womb’s brand of funeral doom is a bit easier to digest than some of the of the more prolific of the style. Rather than going for 10-15 minute tracks, the five songs on Deception Through Your Lies are much easier to focus on with 6-7 minute runtimes. It may not seem like a big deal, but it makes a significant impact (it really ‘cuts the fat’ so to speak). And while Womb does go by the ‘slow as a snail’ funeral doom mentality, there’s a bit more depth to it than just crawling riffs and super-low growls. For one thing, there’s a number of catchy little melodies that pop up in each track, keeping the music from tedium. The subtle keyboards in the background also add a little pizzazz, and when you take the melodies as they come (which is quite frequently) there is a pretty strong emotive impact that the songs generate. Even after the album stops playing.

Deception Through Your Lies takes the hallmarks of the funeral doom genre and spices them up a bit. If you enjoy the more atmospheric textures that the genre can provide, but need something more than the bare-bones structure, Womb should be on your short list of bands to get acquainted with.