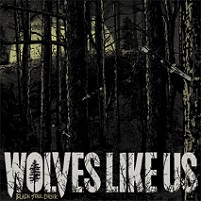 While listening to a band that hails from Oslo, Norway, but doesn’t smite their audience with the fury of a frost giant while bedecked in corpse paint, leather, and inverted crosses may be disorienting, it’s also an admittedly refreshing indulgence. All joking aside, Wolves Like Us’ second LP, Black Soul Choir, continues the group’s trend of delivering spacey, contemplative hard rock suffused with simple, direct, and memorable melodies, illustrating that the band has borne deep into its niche and is daring anyone to try to move them.

While justifiably considered a hard rock group, Wolves Like Us plays a much more ethereal style, meaning that listeners are more likely to turn up the volume, relax, and let the band guide them to another plane just as Charon leads weary souls across the river Styx than launch into spasmodic frenzy. The ambience is bolstered by the same washed-out production style that’s common to indie and post-rock, creating a hypnotizing droning effect that leaves enough room for rhythmic punch when called upon (think Sólstafir with a slight aggressive edge). The mournful, melodic refrain of “Three Poisons,” the drive of “I Don’t Need To Be Forgiven,” and the atmospheric, Mastodon-like “Your Word Is Law” exemplify this balance of moodiness and power, whereas the bruiser “Dig With Your Hands” sounds like the heaviest moments of Staind and A Perfect Circle combined, and the acoustic “Lovescared” plods onward like an early ’90s grunge number that would make Nirvana and Alice in Chains proud.

Some tracks, however, keep this record from reaching the coveted #1 contender’s spot. “When Will We Ever Sleep,” while not bereft of quality, feels incomplete, showing little overall development and sounding fairly monotonous throughout. The album’s epic, “Thanatos Wins Again,” unfortunately suffers the same fate, sounding tired and not as adventurous as a closing track of its length should, although the “In-A-Gadda-Da-Vida”­–like instrumental break will appeal to fans of 1960s psychedelia.

While this may not be a perfect record, it is a strong entry into this young band’s catalog. Listeners looking for music with atmosphere, soul, and thought will not be disappointed. 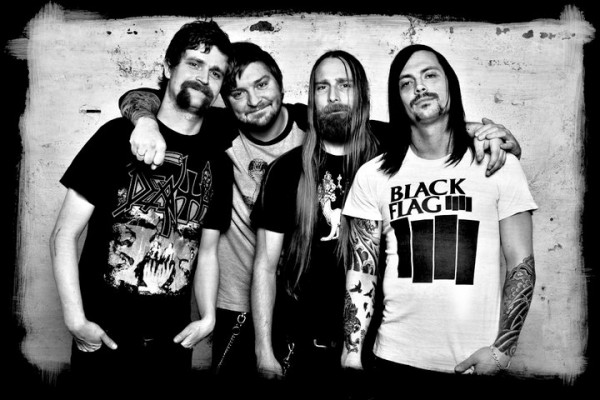