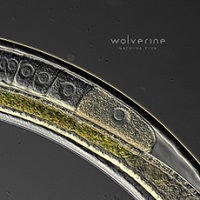 Behind the scenes bands need time to evaluate priorities for establishing a strong discography. If that means records aren’t pumped out on an annual (or biennial) basis, then so be it. Machina Viva, the fifth studio album from Sweden progressive rock/metal group Wolverine, comes five years after their last atmospheric, exhilarating effort Communication Lost. The prolonged absence includes shedding ties with Candlelight Records, gaining new guitarist Jonas Jonsson, plus performing shows outside of mainland Europe in Israel as well as in the fall of 2013 at the prestigious Progpower festival in Atlanta, GA. The progressive crowd tends to be an intelligent (and patient) bunch, usually gaining long-term respect as these musicians create, explore, and impart feeling, emotions, and experiences through the art of song.

Throwing caution to the wind out of the gate, “The Bedlam Overture” is a sprawling fifteen minute epic full of opposite textures: a quieter guitar/keyboard build up gives chase to the circular chord sequences, vocalist Stefan Zell measuring words while elevating emotional magnitude through all facets of his lower, mid-range, and higher melody capabilities. Bassist Thomas Jansson gains a little spotlight from 7:56-8:27 almost as a weeping lament – it’s a risk to be so alluring but the Anathema-oriented feel and psychedelic guitar turns made me a believer after a few intense headphone sessions. As the rest of the main eight tracks unfold, you get the sense that Wolverine prefer to challenge the thoughts of progressive rock or metal from atmospheric or semi-electronic standpoints – proving bombast and technicality, while having a place in the world for some, is not the be all and end all to get your points across.

Highlights change as more playbacks register. The rhythmic Marcus Losbjer percussive tension meets passionate melodies for “Pledge”, the semi-ballad “Nemesis” where Per Henriksson uses piano and keyboards to set up springboards for a moody, Pink Floyd meets Pain of Salvation ecstasy in terms of heavy musical bursts and sudden left turns, or the tranquil “Machina” are three pieces that keep the mind, body, and soul riveted. In an era where speed or intricate syncopation gain quick praise, Wolverine remain content to sail on calm, still waters for an alternative take – as a result Machina Viva could seep into many year-end best-of lists.

One to admit that spaced repetition works adequately for full absorption and understanding.