Prog, but not really “prog,” Sweden’s Wolverine have taken their sweet time in following up 2006’s totally killer Still (of which yours truly had in his Top 10 for said year), returning with Communication Lost. If the band wanted to remain as out-of-the-box like they were before, then they have succeeded, forCommunication Lost is an often slippery, sometimes unfocused album that could befuddle the very crowd it aims for, even though that crowd really likes to be befuddled. It’s complicated.

Those angling for gritty guitar

textures and pure metal moments are going to find them in short supply here. Never ones to be in a rush to develop their songs, Wolverine wait until the second song “Into the Great Nothing” to demonstrate they still have some type of metallic pulse. Around it is a bed of acoustic guitars and Stephan Zell’s soaring vocals, who once again turns in a monster of a performance. However, Zell isn’t helped by the band’s inability to pull one out of its collective ass, with the fluttering “Poison Ivy,” reserved “Embrace” and tepid “What Remains” bogging down the album.

The jist of the matter is that Communication Lost is an entirely too soft of an album for the prog metal realm, a trait that is in full view during the aforementioned trio of songs

, as well as on “In the Quiet of Dawn” and “A Beginning.” And even when the band gets a head of steam on “Your Favorite War,” it’s tripped up by some awkward samples and piano sounds. Totally frustrating.

Since we’re still in Wolverine’s corner, Communication Lost can be viewed as a gross misstep in a career that is marked by taking chances. If the band wanted to lull its audience into sleep, then they could be well on its way to doing so. A totally underwhelming follow-up to Still, it’s time the Swedes re-discover their ability to bear their claws when they have to. And yes, the last comment was in total reference to the comic book 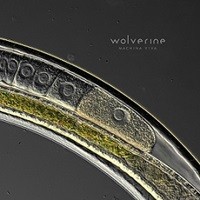