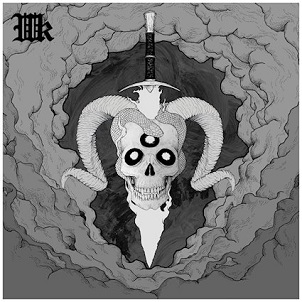 We are long past the idea of any d-beat, blackened hardcore band bringing something new to the table. The list of angry dudes hoping to seamlessly jostle between the metallic and ‘core has grown to the point where surely even the most ardent observer/follower/hanger-on of the style has lost track — we just about have, too. So, in the here and now it’s a matter of who can throw down the buzzsaw-on-black metal froth the hardest, bringing us to Bay Area troupe Wolf King and their Loyal to the Soil debut.

The “black metal” here (quotation marks required) come in the form of Wolf King’s occasionally sideways riffing, where dissonance and perfunctory blasts break up the hardcore mosh party. It’s at its most effective on the title track, “Loyal to the Soil I” where the aforementioned riff bursts create an excellent diversion between boulder-sized groove metal action. The song’s second part emerges as the album’s clear-cut highlight, wielding an ominous, sludged-out riff played at half time, always a sure-fire way to generate atmosphere.

Some may get a little antsy at the length of these songs and the album as a whole, which stretches to a very un-hardcore like 43 minutes. Then again, Wolf King seem to be intent on not cramming the same-old assortments into their songs, ably veering from Trap Them-like pounding to the zig-zagging hardcore of Converge, of which highlights “Worthy of the Dead.” Did Wolf King bite off more than they could chew with Loyal to the Soil? Not really. Perhaps they’re sharpening their teeth for something a bit bolder and out-of-the-box next time out…