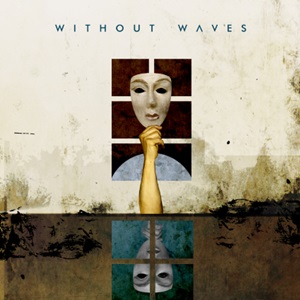 Challenging parameters within the constructs of metal has been ongoing for decades. Now that everything has been done as far as being faster, louder, extreme, atmospheric, symphonic, cinematic, or serene – it’s about finding those unique angles or pockets of terrain to establish your own take of things. Hailing from Chicago and containing members with ties to Novembers Doom and Immortal Bird, they’ve recorded two previous efforts in 2011’s Scab Platter plus the 2014 The Entheogen EP follow up independently, gaining a major boost to Prosthetic Records for this second full-length Lunar. Expect a wide array of post-metal, atmospheric, and progressive elements to the quartet’s explosive sound – changing up song to song for an alluring, captivating sonic experience during each air time.

Striking dotted, guitar notes that build momentum in almost a cascading Big Country fashion during the concluding third of the epic “Us Against” gives way to the atmospheric, post-metal textures of “Never Know Quite Why”, a song that favors Anthony Cwan’s bluesy, lower register clean delivery that sits in 90’s alternative rock bliss while bassist John Picillo and drummer Garry Naples carry that slow, memorable progressive groove. All is not light though – the main attack for Without Waves comes in explosive, trippy layers of guitars that careen against voluminous boulders as the members chase time signature manipulations while still maintaining a semblance of logical construction. Everything from The Dillinger Escape Plan to Cynic or Opeth against Meshuggah are four influence points of hundreds to dissect when taking in the relentless triad-filled opener “Sewing Together the Limbs” or the alluring mindcrusher “Victorian Punishment” that can go from electric, progressive insanity to clean passages of beautiful new age/alternative rock in a nanosecond. Anthony maintains his double duty guitar chores with Zac Lombardi seamlessly, busting out maneuvers in tandem or filling the space with point/counterpoint chord progressions and clean ambiance that are worth their weight in gold (check out the frantic insanity of closer “Memento Mori”).

On the vocal front, Anthony also has a chameleon-oriented ability to go from blood bursting, caustic screams and alternative rock cleans, which will probably draw various comparisons to Mike Patton, Chino Moreno of the Deftones, and occasional extreme metal mentors. It’s easy to feel the pain and anguish of his words during “Poetry in Putrid Air” as quickly as the ethereal spaciousness meets southern doom sludge on display for the 7:54 highlight “Lost Art” where he ‘pushes and pulls like déjà vu’. When the skills are there and the band feels limitless in capability, it’s little wonder why Without Waves should attain modest buzz beyond the musician-minded legions and into the hearts of most heavy music followers.