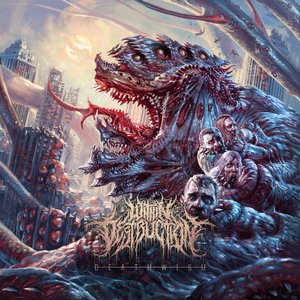 Much like their previous effort, Deathwish catches the eye with its impressive Par Olofsson artwork. The beast that adorns the cover is a thing of wretched beauty. Unfortunately, much like Void, Deathwish suffers from going at a straight-ahead deathcore/slam routine with not much to offer outside of the devastating slam material.

Despite the band’s amusing nature (check out some of their creative videos) and sense of humor, the music on Deathwish never really differentiates itself from the pack. The deathcore chugging is the major staple of it all, and some menacing slams that are bound to rupture some body parts in the live setting keep things moving along. It’s entirely brutal (and every other clichéd adjective you can use to describe this stuff), but one can help but feel the band could be onto something if they’d let the music breathe a little bit more. For instance, the melodic/atmospheric solo in “Self-Hatred” offers some fine contrast to the otherwise relentless carnage. The synths are there (as they were previously) and add in some nuance, but often feel underutilized in the grand scheme of things. Far too often, the ‘bree’ vocals and chugging riffs reign supreme and ultimately make Deathwish feel more generic than it really should.

The bottom line with Deathwish is that Within Destruction stays the course. With this sort of material still being all the rage (in the extreme metal underground at least), there’s no reason them to really stray from what’s worked in the past. Fans will dig it, but there’s no real compelling reason for anyone outside that circle to really take much notice. Unfortunate in that it feels the band is capable of raising the bar if they were to set their sights on it. 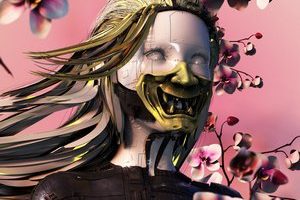 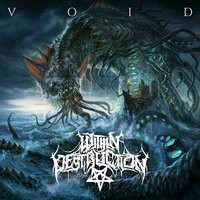