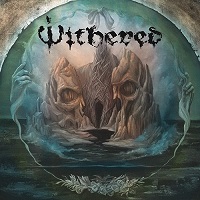 The unfortunate confluence of events that took place right after the release of Withered’s 2010 stormer Dualitas necessitated the long delay between studio albums. Dropped by Prosthetic and shedding members by the day, Mike Thompson’s outfit went from one of the scene’s most promising death/black bands to quasi-afterthoughts in the span of six years. These sort of things happen when there’s little money to go around; labels over-think their investments (dropping Withered, though, just doesn’t seem like a good idea), and band members get tired of fighting over scraps. But with such non-happy events out of the way, Thompson, along with drummer Beau Brandon have concocted the firestorm that is Grief Relic.

The band’s sound has always been built upon these high-traffic sub-Scandinavian riffs. Just take a good, long stroll through the aforementioned Dualitas, or its 2008 predecessor Folie Circulaire, and it’s evident where Thompson’s primary influences lay. On Grief Relic, they’re merely extended and somewhat debased. There’s a certain bare-bones quality to the album that hums and buzzes on the grinding “Distort, Engulf” and “Feeble Gasp,” and sets the pace on “A Realm of Suffering,” a veritable dervish of immense, speedy chords binded together. Yet, there’s a perfunctory nature here, too. “Withdraw” makes quick work of callous BM, while “Husk” finds Thompson’s battering his larynx to the gallows.

It’s of reassurance that Withered went from one strong independent (Prosthetic) to another (Season of Mist), but Grief Relic doesn’t have the same impact as its preceding Dualitas. It simply could be a matter of too many like-minded bands joining the same sonic party, which in a way, suggests Withered were actually in front of the pack prior to their hiatus. That very well could be true, but at least Grief Relic gets the band back on track. 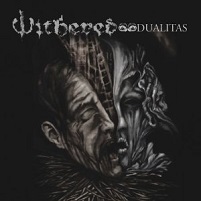 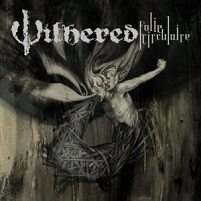