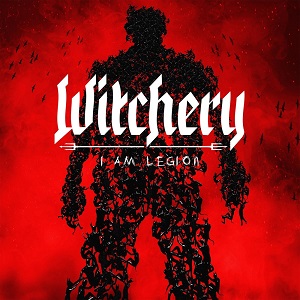 Last year’s In His Infernal Majesty’s Service saw Witchery regain their once-vaunted thrash stride. For roughly a decade, the Swedes had fallen back to the thrash pack, their output no longer prolific, nor timely. So whatever zip was packed into In His Infernal… should be harnessed and exploited, right? Going back to their early premise of releasing an album every year should have been a full indicator of good things to come, but, I Am Legion (the band’s seventh full-length to date) is a flat-footed release.

The second album to feature vocalist Angus Norder (anyone else catch the inadvertent reference to one-time vocalist Legion in the album title?), I Am Legion doesn’t have a lot of pop to it. The production is mild and tepid, and Jensen’s usually quite deadly riffs just blend into the tapestry. While the traditional thrash plod and churn of “True North” “Dry Bones” and “An Unexpected Guest” are somewhat worthy of the Witchery canon, they’re not exactly the boundless entities the band was so adept at churning out fifteen years ago.

This beckons the argument that Witchery isn’t the same band they were in 1999, but with the exception of a different vocalist and drummer (don’t forget: current Opeth kit masher Martin Axenrot occupied Witchery’s drum stool up until 2016), they are. I Am Legion doesn’t negate the all-around thrash-worthiness of In His Infernal Majesty’s Service, it’s not the catapults that Dead, Hot and Ready and Symphony for the Devil were. 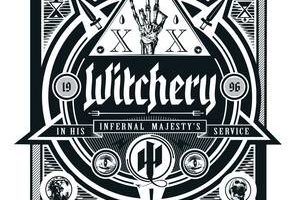 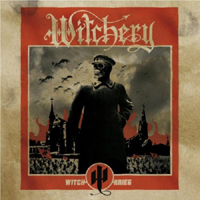