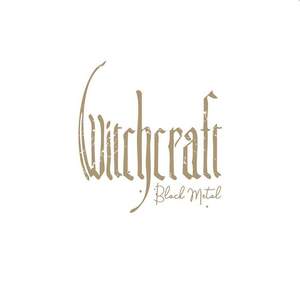 Known at this point in the game for their take on the Sabbath formula for doom, the band’s first output in four years is one that is going to subvert expectations. First off, while the title is Black Metal, there’s no one iota of ‘metal’ within it. Second, it’s not exactly a band release so much as a solo effort from Magnus Pelander and an acoustic guitar. What is it then? A real gloomy piece of introspective folk-ish tunes that scream rainy day porch sitting.

Again to reiterate, this is nothing if not a very quiet and chill album. It’s definitely not an upbeat one, instead lulling the listener to an almost depressive state with the minimal guitarwork and glum croons of Pelander. While it’s a radical departure from what the band has done in the past, it does have it’s merits. Being one of those releases that you really have to be in the mood for, if you want a dose of melancholy and relaxed vibes, this is quite well done. It carries a consistent tone of gloom and regret, and it’s one that is affecting if you are open to it. The opening cut “Elegantly Expressed Depression” is not only one of the strongest tracks, but it more or less describes the sound and feeling of the music. The gentle strums and plucking of strings with dreary vocals all but instantly tears you down a bit. It’s only 33 minutes in length, which does push it a bit given the strong degree of consistency between tracks but this type of thing seems more suited as background music anyways, rather than an intense listen.

While it’s something that fans of the act will most likely be polarized by, when looked at as a piece of music on its own, Black Metal is an interesting and enjoyable piece even if it’s not an everyday listen. Suited for those gloomy times where you just want to revel in a bit of bleak vibes and ponder.