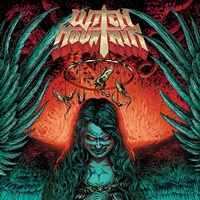 Although Witch Mountain hail from the hipster/bearded rock/metal capital of the United States, Portland, OR, their sound has enough Southern sizzle to persuade folks otherwise. It’s really in the voice of Uta Plotkin, whose Janis Joplin-esque howl operates with such witchy woman conviction, that it makes the band a real player in the American doom scene. There’s a catch, unfortunately, as Plotkin recently announced she was leaving the group (reportedly on good terms), thus spelling the end of an era for a band who is seemingly just hitting their stride starting with 2012’s quite good Cauldron of the Wild, and continuing with Mobile of Angels.

Lots ‘o Sabbath and dark, dank doom in the Saint Vitus vein to consume with Witch Mountain. Guitarist Rob Wrong’s main function it seems, is to lay down some massively distorted riff action, then ease up on the gas to let Plotkin do her thing, something that is quite noticeable across opener “Psycho Animundi” and “Your Corrupt Ways (Sour the Hymn),” which serves as the album’s penultimate moment. Here, Plotkin’s sizeable range and vocal reverberations are the perfect complement to the song’s reserved and plodding (in a good way) pace. “The Shape Truth Takes” has a similar function, albeit with more impactful guitar work from Wrong, where upon the six-stringer uses crescendo and gentle strumming to build the album’s proper closing number.

Certainly a fine send-off for Plotkin, who no doubt will emerge in some type of project/band that will garner interest from us ‘heads, Mobile of Angels continues an upward trend for Witch Mountain. One could draw a straight line between them and their labelmates in Pallbearer, who also have their own little doom niche nicely carved out. Pallbearer doesn’t have to deal with a vocalist switch – Witch Mountain does. May they solider on. 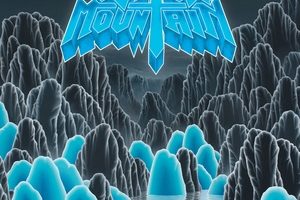 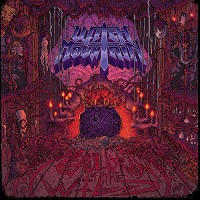