Tuesday, 8th May 2018 By Katarina McGinn 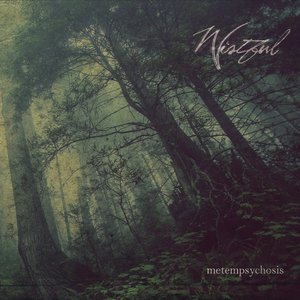 For every headscratcher of a band name or an album title, there’s always some others that really drive the point home with their decisions. Take Wistful, who play an instrumental, ambient form of black metal (post-black?), who pack in as much longing and sorrow as their name insinuates. Then there’s the album title, Metempsychosis, which deals with the transmigration of the soul and reincarnation (to put it briefly) – and much like it, this album is indeed a journey.

There’s nothing that really strikes the fancy as being ‘extreme’ in any sort of fashion on Metempsychosis, and that’s perfectly okay. Falling more in line with bands like Release the Long Ships, this is reflective/pensive material that is meant to sweep you away to a far-off land. Albeit it a far off land that is drenched in sorrow. This isn’t a particularly cheery type of album, but it isn’t going to rain on your parade for the entire day either. Some moments are surprisingly catchy in their delivery (such as “VI”), and the musicianship is strong enough to make you take notice, even if it isn’t rumbling along at 250 bpm. Instead, the exploratory tone offers an inviting in-roads for the listener. There’s a definite glum-ness to the whole thing, but it’s never off-putting and tends to take a more surreal tone. The atmosphere tends to be the brightest star of the show – the combination of all the parts and pieces make it something that really draws in the listener and captures them from beginning to end.

Metempsychosis is engaging while still able to deliver an emotional right hook. Instrumental acts such as these are right to revel in more reflective waters, and Wistful captures the imagination with a combination of somber and morose tones. Perfect for that melancholic mood.