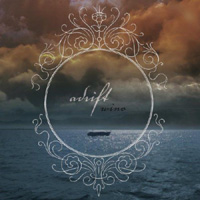 Wino and an acoustic guitar. Should work just fine, thank you very much. The long-revered doom legend has totally stripped things down on Adrift, with a collection of personal and heartfelt songs that only could emanate from a man with the worldly experience as this. This is pretty bare and gripping stuff, which is no surprise considering the source. One could see the man hunkered down in front of a studio audience ala an MTV “Unplugged” set, actually.

In contrast to his 2009 Punctuated Equilibriuim, there are no strands of doom to be found, rather, Wino sounds like a modern-day Neil Young or any other noted troubadour from the past. Because his voice is so raw, Wino’s ability to convey down-to-earth emotion (see: “I Don’t Care,” “Old and Alone”) is what makes Adrift work in so many spots. It’s quite the simple formula – an acoustic guitar, relatively brief songs, and Wino opening up.

A cover of Motorhead’s “Iron Horse/Born To Lose” is another centerpiece, with the song being taken down its essentials, providing a different glimpse into the varied world of metal. Wino and Lemmy aren’t that different, save for some of the “troubles” Wino has encountered over the years. Nevertheless, Adrift is incredibly easy to get into and easy to like, which isn’t always the case for some of Wino’s doom-related bands. There’s no ceiling to what can be done in this forum; just give Wino a stool, a guitar, and watch ‘em go. 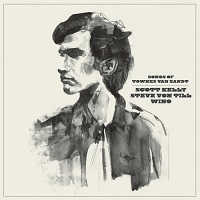