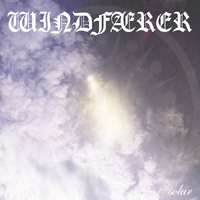 Fantastic black metal is creeping out of all kinds of unexpected corners of the US this year. From New Jersey hail Windfaerer, their sound harnessing all the usual black metal staples and hybridizing them with an assortment of folk stylings (with a full time

violinist!). A hyper melodic and razorsharp journey across seven tracks, Solar is a joy from beginning to end.

Being an EP (despite almost matching the length of the band’s previous albumTribus) and weighing in at only 36 minutes, this release never wears out its welcome. At the core of every song lies a melodic center expressed either through rapid fire guitar

leads or very tasteful and often times equally speedy violin play. The rhythmic accompaniments are what you expect; the bass fills out the sound, playing along with the guitars (and takes headphones to really appreciate) and the drums exist almost in perpetual blastbeats. The vocals, in standard BM fashion, are raspy and completely buried in the mix.

“A Glimpse of Light” is a fantastic highlight of the guitar being at the melodic center just as “Worlds of the Self” likewise feature the violin at the fore. These tracks, or any across the EP, are radiant and succinct even with their five and six minute run times, never becoming a chore to endure. “Blackened Voids” is a study in contrasts, on the one hand being the most aggressive and intense song

for most of its duration but likewise falling back on incredibly pretty acoustic/violin interplay moments in between. Album centerpiece and instrumental “A Moura Encantada” is absolutely gorgeous, painfully teasing in its sub-two minute length.

Though it doesn’t revolutionize either of its sonic foundations in execution, the underpinnings of both sides of the Windfaerer sound are incredibly solid. If nothing else this album illustrates a couple of key points: that the USBM scene is stupefying in its diversity and that no matter the origin of those involved, fantastic metal can be forged. Whether a genre fan or someone new to the sound, there’s a lot to discover and dig into here. A very promising band. 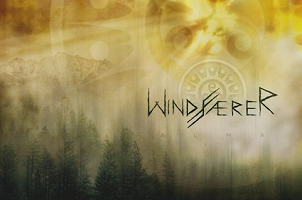 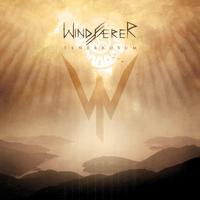