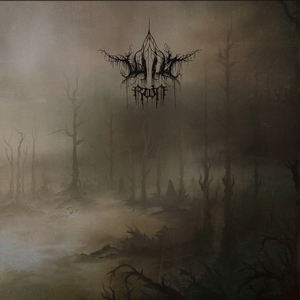 It’s obvious that with a name like Wilt, this isn’t going to be a particularly happy album to listen to. This Canadian black metal outfit proves their namesake with their second album Ruin, which is ever as gloomy as the cover art makes it out to be. While it may not reach out into uncharted territory, it does manage to do what its ultimate goal is – bring forth plenty of gloom.

Ruin is atmospheric black metal through and through. From the depressive howls and screams on the vocal end, to the tremolo-picked riffs that feel much more sad than angry, Wilt take you through a downtrodden journey that is poignant in its delivery. The riffing can be airy in design, with a very well done melancholy to it (such as “Strings of a Lingering Heart”), but Wilt also grasp that there’s got to be some dynamic, particularly when you are writing tracks that are mostly upwards of 8-minutes in length. Some upticks in speed aid the cause, as do some doomier moments (see “A Summons Has Come”), and the long tracks do have a semblance of order to them instead of simply meandering to and from moments of impact. A bit of haze within their sound (somewhat due to the floaty melodies) never takes anything away either, having a distinctively sullen feel while still allowing all of the instrumentation to be heard as needed.

With an atmospheric black metal act like Wilt, it’s all about providing the emotive mood to match the music. Wilt has little trouble in finding their calling on Ruin, with a glum vibe that hits the right spots. They may not attack the sound differently than others at the moment, there’s no denying the genuine power behind it all.