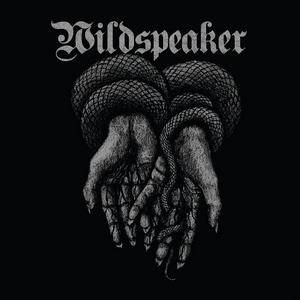 Doom, d-beat/crust, and black metal – seemingly buddies for life. Or at least that’s what you may think after you check out Wildspeaker’s sophomore effort, Spreading Adder. The three elements make for a sound that’s as heavy as it is hostile, yet still can save a little room for atmosphere should it come about naturally.

As mentioned, Spreading Adder is a vicious listen. The crust and d-beat tones clearly are meant to go for the jugular, and the shorter nature of the songs tend only to enforce this. Two-minute bursts of blastbeats, spiraling riffs, and caustic screams as heard in the title track and “Petrified Forest” will get the blood rushing in a manner of moments. But there’s also the doomy components, alongside some more melodic black ones, in tracks like “Elegy” that give it some more emotive heft and mass in the bottom end. They still maintain heaviness, it’s just more of a thick, resonating type than the more all-out assault that some songs provide. But this is a necessary move, as it allows the songs to still connect with the listener, instead of becoming a blur later in the album. Longer cuts like “Cinders” and “Renewal” also flirt with more atmospheric moments (again referencing the black metal side) but it’s nothing that sounds unnatural – just another working fixture within the band’s repertoire of tools. But even with all these pieces, the band feels free to do one thing – cut out all the fat. There’s never a wasted moment, and the slim 38-minute runtime is quite effective.

Solid stuff all around with Wildspeaker. It’s more diverse than you might initially give it credit for with the blackened crust tags, and helps them to stand apart from other like-minded bands. Spreading Adder is corrosive in tone, but avoids being one-dimensional.