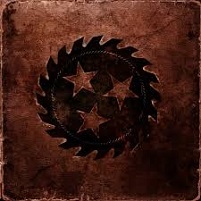 It’s very likely that you know where this is going already. Whitechapel, along with the likes of Suicide Silence and Bring Me the Horizon, exist as the popular poster children of the deathcore scene. By this point the tenets of the style are well established: unreadable band names, drummers playing twice the speed of the rest of the band, and the usual angsty/IHATEEVERYBODY attitudes that were so pervasively present a decade ago in nu-metal. Though it has its high marks (the genre peaked in 2006 with the Glass Casket release Diary of A Desperate Man), like most things intended for angry teens and tweens it’s generic, repetitious, and largely without redemptive value once you pierce the surface. Whitechapel, past and present, is all of these things on its new self-titled release.

Front and center in this carnival of mediocrity is vocalist Phil Bozeman. His bastardized hardcore/semi-growl shout is pervasive across the album and is intelligible enough to focus on and highlight how painfully asinine and juvenile the lyrics are. Normally I am inattentive to lyrics, as they’re often buried behind shrieks, rasps, and growls for a reason – so that their banality is not exposed. Vocals in metal often serve as a thematic instrument, something that blends into the contextual quilt of the music and works not to distract – no such luck here. Little variation in his approach exists throughout any of tracks on hand, save for Iowa-era Slipknot with ‘disturbed talking’ and even semi-rapped verse on “Cult(uralist).” Obnoxious vocalists were a fairly common occurrence in nu-metal too, come to think of it.

The rest of the band does little to distract from the overbearing vocals. With the occasional brief exception the common them across most tracks is a consistent chug-a-thon or generic forward blast, highlighted on initial single “Hate Creation” and “Section 8” (released on last year’s stop-gap EPRecorrupted). This reliance on chugging shouldn’t be unfamiliar to those versed in the band’s previous work. It is readily apparent however that Vildhjarta and other bands from the ‘djent’ scene were heavily on rotation during the writing/recording process, as on the surface it bleeds through the sound at most every turn.

Whitechapel fails to utilize the same intensity or atmosphere however that made Måsstaden such an engrossing and suffocating listen, taking the more generic aspects of the djent sound and simply shoehorning it into the mix, bludgeoning for the sake of bludgeoning and ultimately hollow. That the band requires three guitarists still serves as an overriding curiosity as the straightforward nature of the music thematically and mechanically seems to work against the use. Unsurprisingly the lone highlight of the album is the instrumental “Devoid,” where the band opens up a little without the suffocating presence of Bozeman’s vocals.

Scattered across every song there are moments that are enjoyable, and to that end this could easily be relegated to a guilty pleasure for when the drive to slum takes over. As quickly as those awesome moments appear however they’re often snuffed out, lost in a torrent of chugging guitars, Bozeman’s histrionics, or often times both. Much like nu-metal was in its prime the image presented by the band is the primary selling point. The images of anger, misery, of uncontrolled violence (all stalwart themes of the adolescent mind) – whether or not the songwriting could match the image is/was irrelevant. Metal Blade knows this, Whitechapel knows this, and to a lesser extent, so do their fans. All expectations will be met in approaching this album, no matter the disposition going in. No surprises here.