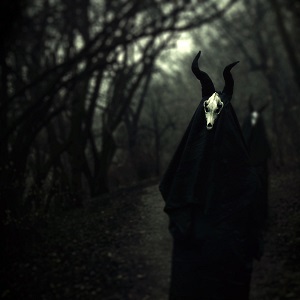 Emerging French label Debemur Morti Productions can already lay claim to releasing one of the year’s best albums thus far in Au Champ Des Morts’ Dans la joie. They have another absolute gem on their hands with White Ward’s Futility Report. A sextet from the unlikely region of Ukraine, White Ward could be considered avant-garde except for the fact their songs have this natural staying ability that belies their experimental nature. On their first proper full-length Futility Report, White Ward turns in an album devoid of convention.

Black metal is the root, as evidenced by the band’s extreme, brash bent found on “Stillborn Knowledge.” But when a saxophone starts to works its way in, White Ward become sideways, almost free-form. Now, using a saxophone can either beneficial (Norwegian Shining) or a detriment (Ihsahn), but White Ward’s Alexey Iskimzhi rarely oversteps his bounds. He comes in when he has to, like on “Stillborn Knowledge” or the drifty “Homecoming,” but he’s there to serve the music, not overshadow it. It’s a regular wrinkle that White Ward weaves in brilliantly.

The album hits its peak on “Black Silent Piers,” a shimmering, melodic brute, completed with a gorgeous spiraling guitar melody near the song’s end. When paired with the dreary, desolate closing title track, White Ward has two bookends that stretch beyond the general boundaries of modern-day black metal and avant-garde.

Labeled as the metallic version of Ulver’s brilliant Perdition City, Futility Report, on merit alone, is a captivating display of familiar sounds simply shuttled through the distorted, adventurous lens of a soon-to-be-known quantity. We often expound and drill-down upon black metal’s regular display of weirdness. White Ward has completely worked around it, making Futility Report an enthralling experience. 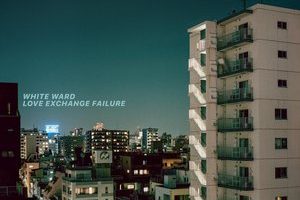