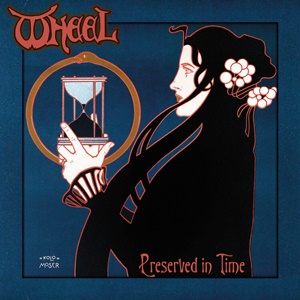 Differing from the Finnish modern progressive act featured by our co-editor Kyle recently, these Germans have been around since 2009 (and in another incarnation Etherial Sleep before that) and play an epic form of classic doom metal. Releasing two full-lengths on Eyes like Snow, they’ve been absent on the studio front since 2013 – meaning anticipation is quite high on the third album Preserved in Time, their first for Cruz del Sur Music. Real life events such as growing families and day jobs soaked up much of that downtime, but it appears the four-piece have come back with a vengeance, delivering a seven-song effort that will have many praising its grandeur and mammoth riffing, emotionally captivating vocal melodies and steady, slower pounding tempos.

The standout aspects to songs like “At Night They Came Upon Us” and “After All” are the crisp riffs and embellishments from guitarist Benjamin Homberger and the wide array of voices and feelings unleashed from vocalist Arkadius Kurek. The duo forms a symbiotic union necessary to convey sorrow, beauty, hope, despair, and atmosphere like the best work of Candlemass and Solitude Aeturnus combined – the type of passages that a listener willingly hangs upon to get that alluring sonic moment once again to lift the day. The rhythm section mechanics provide that steady anchor to build an epic doom foundation upon – injecting specific transitions with the right forward momentum or minor tweaks to allow the next brooding musical passage to appease the listeners, as “She Left in Silence” achieves at the midway point of the record. The band also adds in keyboard and acoustic guitars for coloring purposes – never diminishing the conventional electric weapons that carry the bulk of execution duties. Arkadius as a singer can hit those upper register Robert Lowe-oriented chill bump notes, while also possessing that chameleon-esque charm and warmth that has a Mike Scalzi / Slough Feg quality, most evident on the semi-tribal movements for “Aeon of Darkness” which also feature churn bass propulsion from Marcus Grabowski. Keeping a natural feel on the production end with no click track for drummer Carsten ‘Cazy’ Jercke to adhere to, it’s welcome to enjoy that human aspect to a style that is best expressed on specific feel terms instead of being robotic, mechanical, or firm.

Germany has always loved cult/underground sub-genres such as epic doom, and Wheel are well on their way to joining Atlantean Kodex for respect and appreciation based on the content of Preserved in Time.