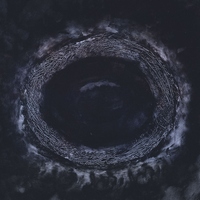 Wells Valley, to these eyes and ears, translates to an upper-middle-class community, one of those terribly generic housing plans put in to create space for an influx of yuppies. Having lived near or around such areas, they’re not all that bad as long as you’re in right tax bracket. Gotta keep that straight. How and why a Portuguese trio from Lisbon decided upon such a name is anyone’s guess, although we’d certainly like to be privy to what the other names were in the running. Nevertheless, the band’s Matter as Regent six-song debut is a mostly obtuse listen, generated around the core fundamentals of post and sludge metal. (Wells Valley could also pass as an EMO’s band name.)

Citing the likes of Cult of Luna, Swarm of the Lotus, Triptykon, and more as their primary influences, structurally, Wells Valley doesn’t resemble any of those bands. A good chunk of the band’s tunes are formatted with unconventional means, oftentimes leaving out a proper chorus in lieu of dense musical breaks, such as the one found on the back-end of “Sacred Mountain.” The un-melodic, thoroughly haggard guitar elements used on “Ghost of You” and “Star Over a Wheel” is definitely where the line can be drawn to the aforementioned Swarm of the Lotus, while the punishing opening run on “Kingdom of Salvation” recalls Gojira, a band who isn’t aped as much as they should be.

Matter as Regent is appealing because of its regular sub-genre bouncing, thus allowing the band to avoid a firm sonic peg. Flanked by a mondo-pro production job and quality visuals, Matter as Regent could be a quiet creeper in both the sludge and post metal fields. Plus, who wouldn’t do a quick double-take at that name?