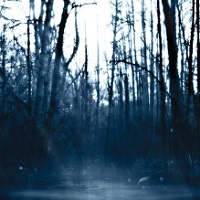 After a slew of solid releases over nearly a decade, Weekend Nachos have definitely made a name for themselves in that they are either loved or hated. Still isn’t going to change that, but if you dismiss this release based off what you’ve heard or preconceived notions, you’re missing out on one of the better releases of the year.

Still is easily their best effort to date; it has a definite punk feel and is more of a straight up hardcore record than past efforts. There’s less blasting, but they have by no means slowed things down, there’s still plenty of powerviolence and grind. Nine of the 12 tracks on Still top a minute and a half (a real for this style) and the longer songs allow things to stretch out and come back together without sounding like a collection of bits and pieces.

“Sickened No More” kicks things off and wastes no time as it whips into a frenzy and doesn’t slow until it comes to an abrupt stop after 44 seconds. A definite powerviolence tune but they don’t just rely on blastbeats and breakneck speed to deliver a quick pummeling. There is a lot more structure and intricacies within each song than displayed in the past. “S.C.A.B.” is a great example, as it rips open at hyper speed and is filled with pick slides and killer guitar fills that provide texture and depth building up to an end with a solid breakdown and great gang vocals.

Halfway through, “Watch You Suffer” hits and at over three minutes, is one of the strongest songs that the band has penned. It’s fast, sludgy, angry, and fucking pissed. It comes to a close with the title track that is a straightforward punk jam that sees the band channeling Discharge, as solos riff over a classic d-beat rhythm bringing it all to an end. In all, Still is the audio equivalent of a beatdown and my only complaint is that at just over 20 minutes, I’m already anxiously waiting for the next round.