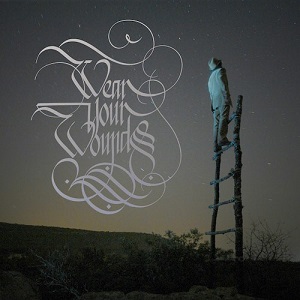 Arguably the best frontman in metallic hardcore, Converge’s Jacob Bannon has made a career out of whiplashing audiences with his caustic, yet thoughtful bark. Really, you could spot the man’s voice from a mile away, even among similar shouters. His duties as Converge frontman and Deathwish Inc. head notwithstanding, Bannon is the only member of the band not to engage in a worthy side-project. (See the excellent Doomriders, Mutoid Man, et al.) Wear Your Wounds is his long-time-coming foray into non-abrasive, minimal drift rock, all without the benefit of his gnarly roar. It’s a trip, that’s for sure.

Bannon is joined by several scene notables, including Mike McKenzie (The Red Chord), Chris Maggio (Sleigh Bells, Trap Them), and Sean Martin (Hatebreed, Kid Cudi), but it’s the preponderance of minimal piano parts and his buried-in-the-mix vocals that truly define Wear Your Wounds’ sound. The songs are often long and laborious, with threadbare segments giving way to occasional guitar flourishes and melodic touches. The crashing “Best Cry of Your Life” breaks up the flow, as a flood of pulsating guitars appear to belie a good chunk of the album’s bare-bones approach. In turn, there’s an obvious degree of melancholy and introspection scattered about the running order, with Bannon having no qualms with going extended periods without singing at all.

The obvious lack of urgency across WYW shows there’s far more to Bannon than meets the eye. And while WYW could use some scaling-down, the album–like most in Bannon’s career–stands alone, head held high.