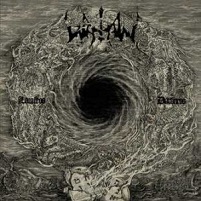 Such anticipation for a new black metal album is typically reserved for so-called BM luminaries like Cradle of Filth and Dimmu Borgir, not a gimmick-free, straight-to-the-point act such as Watain. Strange thing is that what Watain is doing is not that far removed from what the other 10 million black metal bands of the necro variety are doing; they just do it better, perhaps. Their watershed Sworn to the Dark is a tad overrated for our liking (go with Casus Luciferi to start), yet it has set the stage for Lawless Darkness, which by all accounts, should surpass its predecessor.

There are still some Dissection (clearly the proper reference point) shards floating about, even if they’re not as overt as they were on Sworn… Watain manages to keep a stable ebb and flow by alternating between the rough and ragged terrain of “Malfeitor,” a number that retains the Dissection swagger of yore and “Reaping Death,” which upholds the bold and bloody angle of pure black metal. Melody is usually kept in the back, away from the spotlight, allowing for the churning, blazing (but not too blazing) “Four Thrones” to have maximum impact.

A slight dip in quality occurs in the middle of the album, as “Wolves Curse” and the title track fail to resonate. The Bathory-on-ten boogie of “Total Funeral” could be the best song here; a would-be indirect homage to Quorthon’s more rocking-out days (i.e. everything before Blood Fire Death) that tips the scales toward more primitive avenues. The Dissection-bred (again, we know) “Hymn to Qayin” and epic closer “Waters of Ain” provide some back-half stability, especially “Waters of Ain,” which closes with some mournful solos and melodies.

No band in the “troo” black metal scene carries as much weight as Watain at the moment. Sparing the drama of Burzum, and the inconsistency of Dimmu and Mayhem, Watain finds itself in the same spot Emperor found itself in at the end of 90’s. They’re poised to break out and have a monster of an album on their hands. If the band plays their cards right (and we’re guessing they will), Watain will more than likely bump off a handful of veteran Norwegian acts for black metal supremacy. Guess it was only a matter of time…