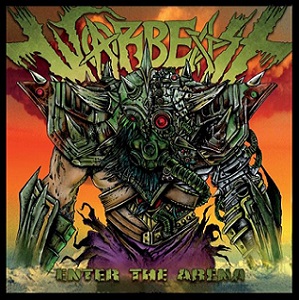 Vocalist Bruce Corbitt’s recent esophageal cancer diagnosis has put a premature end to Warbeast’s career, one that formed out of Texas Metal Alliance in 2008. Corbitt, to most punters’ eyes and ears, is best known for his work in unsung Texas thrashers Rigor Mortis. Now, the man is unable to sing and is faced with a long, but manageable prognosis. (Obviously, our best to him and his family.) The band’s unintentional Enter the Arena swansong is a bouncy dose of veteran thrash, with Corbitt’s super-identifiable vocals leading the charge.

Corbitt, like other thrash singers from his generation, has an animated tone to his voice. He’s not as comical as say, John Connelly of Nuclear Assault, but he has a sort of cynicism in his voice that gives the songs a defined edge. Corbitt is mostly all over these songs, usually cutting out for a guitar solo, but mostly plopping himself down in the verses (lots of thrash polka beats, no surprise) and mobile choruses. For the best bang for your buck, take on “Punishment for Gluttony” and the Slayer-like “Hitchhiker,” a cut that rolls out the album’s best groove and d-beat assault, all the while Corbitt tells the wayward tale of a hitchhiker trying to make his way through the unforgiving Texas terrain.

The band will no doubt point to this, as will other critics, but the Texas origins of Warbeast help define its sound. While their riffs aren’t exactly Southern-fried, they’ve got more twang and twist than the Bay Area or east coast. Such elements define Warbeast, a band whose career is now thrust into the annals of thrash. Enter the Arena, for all intents and purposes, is a fine farewell. May Corbitt have a safe recovery. 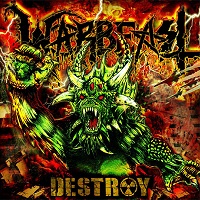 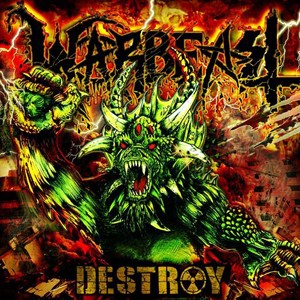