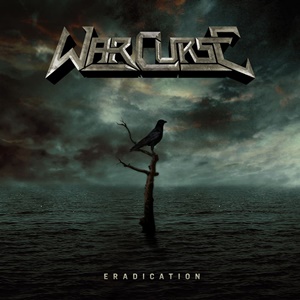 Hailing from the Cincinnati/Hamilton/Dayton, Ohio area – War Curse made quite an impression through their debut Final Days EP back in 2015 with this scribe. Probably because the band willingly intertwine a healthy dose of traditional and old school power musicianship into their brand of melodic thrash. In the four years between recordings, there has been a shift in membership, management, and record labels – all for the better as Eradication showcases a quintet prime and ready to attack and obliterate all senses, hopefully encouraging those complacent about what this genre has to offer lately to stick around.

There’s a deeper sense of refinement and commitment to each of these eight songs – every riff, every hook, every harmony, every transition and the construction part to part has the proper positioning and delivery. The mid-tempo shifts after the band pushes the accelerator makes tracks like “Possession” and “Iron Veil” standouts – circular guitar passages and refrains from Justin Roth and Joshua Murphy that reach into traditional highlight interplay a la Megadeth, Iron Maiden and Flotsam & Jetsam. The rhythm section of bassist Jason Viebrooks (Heathen/Exhorder) and drummer James Goetz lock and load as a precision machine, creating anticipation through set ups and stop/start maneuvers into the crux of main verse hooks – check out the title track for some of their versatile interplay in power/thrash dimensions including a slower, progressive nuance during the chorus. The biggest change lies in the wider array of screams and melodies coming from new singer Blaine Gordon. His rhythmic roar and ability to switch on a dime from a mix of James Hetfield/Tommy Victor on the impassioned opener “Asylum” and go for a deeper, robust forcefulness for “Deadly Silence” (with guest support from Exhorder’s Kyle Thomas) proves War Curse has a few extra tools in the box to explore because of the man’s professional abilities and execution.

Exploring topics from PTSD to North Korea, animal/human rights all the way through to Edward Snowden goes hand in hand with giving the listeners social/political-driven topics that are intelligent and necessary for metal audiences to ponder and digest. Guest solos from Kragen Lum (Exodus, Heathen) and Glen Alvelais (Forbidden) are added cherries on top of an already thoroughly satisfying main course. Eradication sets itself apart from the prototypical thrash album because of its intense need to inject melody/harmony passages throughout in a musically advanced matter, without pandering to the lowest common denominator. This should hopefully set the band up for a long, prosperous creative run, and most power/thrash fans should be getting in on the ground floor. 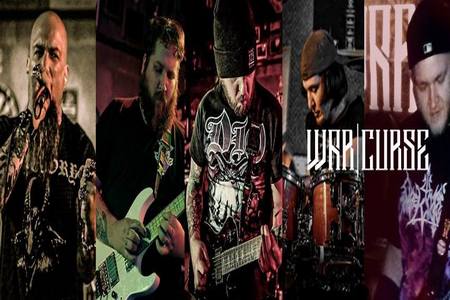 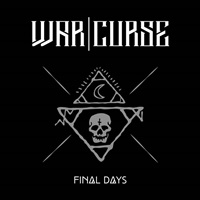