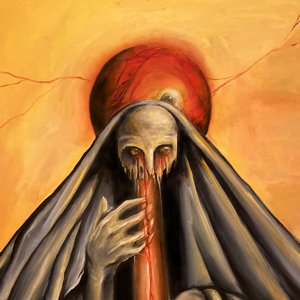 Abrasive, crusty, and thick as hell. That’s one way to describe the Minnesota-based Wanderer on their corrosive debut, Liberation from a Brutalist Existence. Dipping their toes into a bit of everything that they can get their hands on, from hardcore and grind to d-beat and punk, it’s the sort of thing that cares most about giving your ears a solid beating. But at times, it can be a little more complicated than that.

There’s just this oozing, caustic feel to Wanderer’s music that should easily draw in the type seeking it. Thick and heavy riffs with ominous and looming growls, what’s interesting is how the band can also settle into some dark atmosphere at times instead of just beating you over the head for 23-minutes. “Hellhole” is suitably named, with slow and sludgy riffs creating a feeling that’s more dense and somewhat groovy than destructive. The same feelings emanate from the later track, “Bourn,” with its effective elephant stomping riffs and subtle melodies, not to mention the eerie closer “Contented.” But for much of the release, it brings the intensity in more direct ways, such as the charging d-beat opener “Marionette.” Blasting and grinding cuts like “Mind Leash” and “Simone” hit with explosive fury, while still retaining an ear for keeping it from being too much of a one-note thing.

Punchy and aggressive, but at times providing a more sinister and dark tone, Liberation from a Brutalist Existence is a great debut of extreme metal. Wanderer grasp a strong sense of how to be as caustic as possible, with melodies effectively coming in without spoiling the overall vibe. Crunchy, but still with a great sense of flavor.