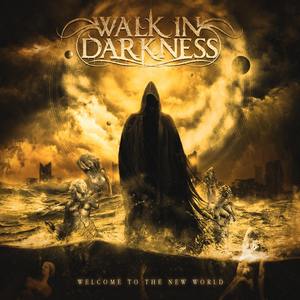 First introduced to Walk in Darkness through a random find on Bandcamp last February for the release of their debut, In the Shadows of Things, the band has returned exactly one year later with their follow-up. Quick turn arounds are often a sign of overflowing creativity, or leftover ideas (which lead to similar sounding albums) – thankfully Walk in Darkness fall into the first camp. Welcome to the New World is a solid step-up and shows them as a rising gothic metal force.

Borrowing from both symphonic and gothic metal in nearly equal portions, Walk in Darkness do manage to appeal to a large quadrant of melodic metal fans. There’s always enough darkness to ensure they don’t get labeled as a ‘poppy’ symphonic metal act, and some heavier riffs and supporting growls are a pleasant climax that lead-off track “Crossing the Final Gate” builds to effectively. Similar gloomy yet powerful vibes can be gathered from “I’m the Loneliness,” and there’s some strong contrast between growls and vocalist Nicoletta Rosellini’s charismatic lines. One wouldn’t go so far as to say it’s ‘brutal,’ but the darker delivery and strong riffing gives them some distinction amid the more usually upbeat acts in the genre. Mid-tempo and driving songs like “Rome” also find a place of their own in this middle ground – energetic yet grounded, with choruses that are catchy and guitarwork that is eloquent without being too flashy. As enjoyable as the musicianship is (a highlight in and of itself, and should not be understated), Rosellini will no doubt be singled out for her engaging vocal performance. She can carry the more melodic segments with ease (“Sailing Far Away”) but as already mentioned, has the power to energize the heavier moments too. Truly a band and vocalist combo that has plenty of potential.

Everything on Welcome to the New World stands tall when compared to last year’s debut. From production to songwriting, Walk in Darkness step out of the shadows to toss their hats into the ring as a top tier symphonic/gothic metal band, even if you may not have caught wind of them yet. But with such a jump in a single year, they are inevitably bound to burst through sooner than later. 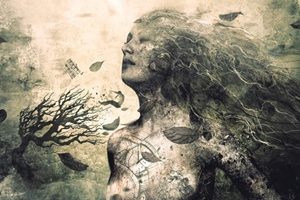