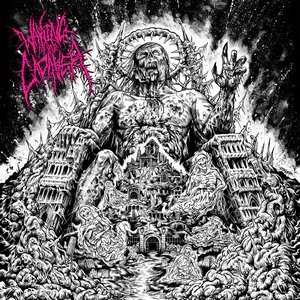 Waking the Cadaver didn’t get off to the best start in the metal community with their deathcore influences and breakdowns, but by the time that their third album, 2013’s Real-Life Death, was released the band had taken a much more brutal death-like form.  However, after that the band went on hiatus only to pick up again in 2018 with only vocalist Don Campan and guitarist Mike Mayo remaining.  Authority through Intimidation is their first release since reforming, and again shows them continuing to change and evolve.

The best way to describe Authority through Intimidation is that of Dying Fetus with more slamming elements (particularly vocally) and some extra hardcore influences.  While that really doesn’t sound much different from Fetus, once you hear a track or two you can appreciate the difference in what the band is doing to avoid being a straight-up clone.  The added slam component makes sure that the album is nothing less that absurdly heavy most of the time, with massive grooves trading blows with blastbeats and intense speed runs.  “Asphyxiating Ligature” captures this feeling nicely, with big explosions of blasts building up tension for the groove to come in and really shake the floor.  You can hear some of the direct hardcore influence in a song like “Human Chop Shop” when the band rolls out some real stomping riffs with attitude, which they nicely blend up into energetic death metal to mix it up.  While it’s nothing that hasn’t been accomplished by some other bands, there’s an element of sheer brutality that will make you take notice, and with all of the competition in the genre, that’s worth noting.

Authority through Intimidation will offer some immediate fans to groove-heavy acts like Dying Fetus and their brethren.  Waking the Cadaver manage to come up with a rebirth that should still intrigue old fans, while evolving enough of their sound that even a few folks that disliked their previous efforts could appreciate.