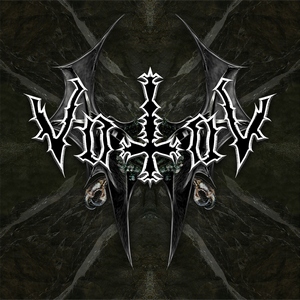 Chunky, groovy death metal is the name of the game here on Votov. There’s nothing overly complicated about the whole process either. It’s simply meant to be primal and brutal. Thick riffing and guttural vocals are all over the place. There’s even room in the mix for the bass to stand out once in a while – meaning that while it has an old school mentality to it, it doesn’t drown the production completely in sludge. This isn’t blistering and fast-paced death metal either – more of the lumbering and bludgeoning variety, so there’s also more of a focus on being catchy, without spoiling the brutality of course. Each of the tracks has a few moments where you’ll undoubtedly start bobbing along in unison, which is the album’s secret weapon. For as heavy and aggressive it may be (see “By the Disgrace of God”), the songs will stick with you.

For the type of album that works as a steamroller, it’s surprisingly memorable. While it doesn’t bring much new to the table, it is firmly grounded in knowing and respecting its roots (including a solid cover of Celtic Frost’s “Dethroned Emperor”) without needing to copy them. All in all, a flat-out and fun death metal album, which is always worth a listen.