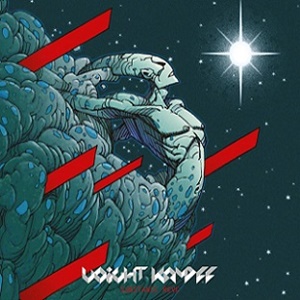 Considering the band name is a fictional polygraph-like device reference from the Blade Runner movie, and the band take inspiration lyrically from Philip K. Dick novels like Do Androids Dream of Electric Sheep?, it’s obvious that French act Voight Kampff go for a deeper, intricate approach on all fronts. Forming in 2010 out of other thrash and metal-core outfits, they’ve developed a techno-thrash style that through two albums (2012’s More Human Than Human their debut) isn’t a sound that you can quickly catch onto and requires multiple exposures to capture all the deeper crevices and twists. Six years later Substance Rêve expands into that outer realm, encompassing everything from progressive rock to avant-garde artists to create a unique techno-thrash odyssey within its ten tracks.

Cascading clean guitar runs build into outward harmonies for the opening title track- the scattershot rhythms and propulsive tempos along with vicious, primal melodies conjure up everything from Voivod and latter-day Death to classic Coroner over the course of its 8:29 running time. All instruments gain varying degrees of the spotlight, even robotic / narrative segmentation that moves the storyline forward for “Genetic Genesis” where the double kick/snare aspects set a marching tone as the guitars punctuate in that technical/jazzy manner the next-level aural adventure you’ll partake. Because half the album contains material of seven-minutes and beyond (“Rebellion” as the longest track almost clipping ten minutes), Voight Kampff also inject a couple of shorter interlude pieces like “Return to Genesis” and the spacious keyboard/guitar effects-laden “Shoulder of Orion” to give the listeners that breath-catching dynamic before the next musical advanced arrangement penetrates. It’s a mind-bending record, something that could require a solid ten to twenty listens to remotely grasp all the ideas and information thrown at you.

Stretching the parameters of what can be done in technical, progressive thrash is a no-brainer to this scribe. Admittedly Substance Rêve isn’t going to be for everyone – but those that desire something that goes beyond the norm in both lyrics, music, and songwriting will find Voight Kampff a rare breed in this copycat driven, safe metal world.