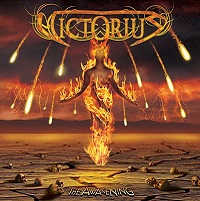 Caffeinated power metal (which is not to be confused with happy, or epic power metal) had its first moment in the sun via Sonata Arctica’s “Blank File” in 1999. As an old college friend once described to yours truly, the song sounded like “a bunch of pre-schoolers going nuts before nap time, all hopped up on pixie sticks.” It’s action-packed, zippy, and a little too saccharine for the common listener. Sonata Arctica of course, have enjoyed considerable success over the last decade; whether the same will apply for Germany’s similarly amped-up Victorius and their sophomore The Awakening, is anyone’s guess.

Somewhat comparable to Dragonforce during their less ridiculous moments, the speed in which Victorius operates nearly careens out of control on opener “Age of Tyranny,” where the above-mentioned handle on push-it-to-the-limit is on display. The band’s technical grip is obvious, albeit less about melting your face with a solo than managing those blossomed choruses that for some, are easy to sing along to. To the band’s credit, the mid-tempo surge of “Lake of Hope” is a solid cut, perhaps a bit reminiscent of any one of Gus. G’s bands (Firewind, Mystic Prophecy), or even Stratovarius when Kotipelto chills out on the dog whistles.

The Awakening is nearly a total rehash of everything power metal has accomplished in 15 years, suitably without defining personality. You can almost pick and choose which style you want to ride or die with here: Finnish-like quickness, Teutonic anthems, or chest-hair baring jams that pop off steely riffs and mildly hooky choruses. With such familiar tactics in overdrive, caffeine might be your best choice when trying to contend with everything Victorius throws out. 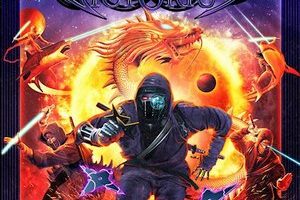