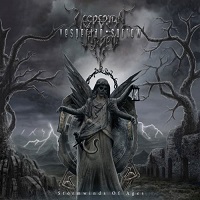 The golden age of symphonic black metal is long dead. A decade ago this couldn’t be further from the truth: Emperor may have disbanded but they had just released their triumphant Prometheus: Of Fire & Demise, Cradle of Filth was still riding on the fantastic Midian and Dimmu Borgir, while beginning to wane creatively, gave to the world Puritanical Euphoric Misanthropia. Though numerous smaller groups over the years would ply the trade quietly in the shadows, the whole of symphonic black metal otherwise appeared a hollow wasteland throughout much of the last ten years. Until now, that is.

Vesperian Sorrow was one of those bands quietly releasing fantastic albums every couple years, that is until after 2006’s Regenesis Creation, after which the band went quiet and the genre continued its path to extinction. After the intro “Sanguis Vitam Est” sets the stage with sounds of building winds and a chaffed-sounding fellow screaming “WINDS!” while a choir and keys build continual tension, the proceedings erupt with rapturous fashion on the title track “Stormwinds of Ages”. Carrying the mark of all the best traits of the album – superb drumming, effective keys use, and varied song structures, it sets a high water mark right out of the gate.

Things open up a bit with the next track, “An Empire to Mourn,” featuring a colossal guest closing solo by Winds/Arcturus’ Carl August Tidemann and it quickly becomes apparent where the heart of the album lies: drummer Kristoph throws down an absolute masterclass behind the kit. The man is a blasting machine and oppressive throughout.

It isn’t a struggle for the rest of the band to hold their own in his shadow either. The keys, while a constant throughout (and not keys-impersonating-violins, but outright keys) and fill out the sound, accentuating highs and lows alike, never standing in the center but always supportive in the song. The guitars leap from extreme tremolo picking runs to downright death metal riffing, ample solos and highlight leads sprinkled across tracks, a ‘more is more’ approach highlighted a thematically varied track like “Crown of Glass.” The bass largely exists as a blanket, working with the keys to fill out the sound and providing a backbone from which everything else flourishes, however coming into the spotlight with tangible ferocity toward the end of the blistering “Oracle from the Ashes.”

There’s a particularly gothic flavored sound to the songs featuring the guest female, especially on “Death She Cried,” giving a very Sins of Thy Beloved feel (nostalgia city!). Jason McMaster’s (Watchtower) clean vocals on “Eye of the Clocktower” are a particular treat in juxtaposition with Donn Donni’s super harsh rasp. It’s all very lush sounding, the production on the album light-years beyond the band’s previous work.

“Of Opiates and Accolades” stands as the album closer and crowning achievement, bringing together all the creative threads from the rest of the album and focusing it into a razor sharp and utterly exhausting tour-de-force of a song. Build-ups and bounding from highlight to highlight, the song effectively climaxes in an absolutely ferocious fashion with the only appropriate use of a gravity blast ever put to tape. It’s absolutely breathtaking.

All in all, it isn’t hard to see why this album is making waves across the metal world, it has everything and it has it in copious amounts. A work of love, skill, and exhaustive focus, Stormwinds of Ages is a testament, a manifesto that the word of symphonic black metal is not dead and if the banner has to be carried by Texans, then goddamn it, it will be carried! Do not miss this! 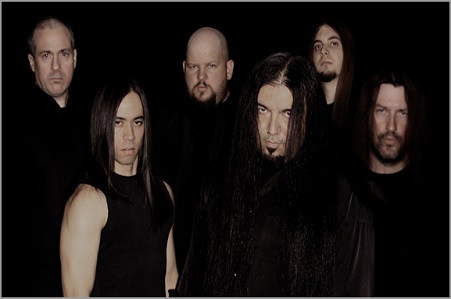