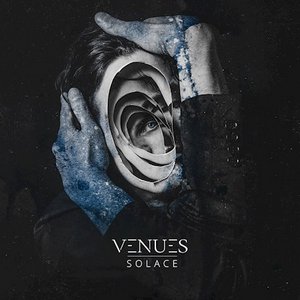 With the injection of new members, there comes with it a greater chance to experiment with a band’s sound – particularly when the band in question only has one full-length to their name. After losing their previous vocalist mid-tour, they found both a new singer as well as another guitarist, so the opportunity to switch things up was ideal. The resulting Solace sees the band stretching into more firmly metallic territory while retaining a genuine ear for catchy hooks.

In comparison to the previous Aspire, Solace is noticeably heavier in tone. They’ve abandoned some of the poppier elements of their sound and given the sound a more aggressive and hard-driving tone. There’s more of a melodeath-inspired feel to the riffing, with a palpable sense of energy in the tracks that makes it more upbeat, and the contrasts between screamer Robin Baumann and new siren Lela Gruber (with the backing riff acrobatics) are bound to draw some Deadlock and Amaranthe comparisons. In the end, there’s no denying the type of potency that a track like “Whydah Gally” bolsters, with biting yet playful modern metal/melodeath driving riffs combining forces with a gorgeous chorus sure to stick inside your head for days. Bouncy hooks permeate the majority of the tracks, such as the groovy “Our Destiny” but also a slightly slower paced and crunchy track like “Shifting Colors,” giving it a more epic feeling than the surrounding cuts. New vocalist Lela is given quite a platform to showcase her range, and her soaring and enigmatic touch to a track like “Rite of Passage” really gives the band an edge by offering a resonance that will appeal to both metallic as well as more hard rock driven followers.

Solace nestles itself nicely into that sweet spot that merges elements of melodic death metal, metalcore, and modern metal into an upbeat, aggressive, and powerful performance. Venues has effectively strengthened their sound and it should turn plenty of heads for those seeking an addictive and melodic act that still knows how to keep it heavy enough to get the heads banging as well.