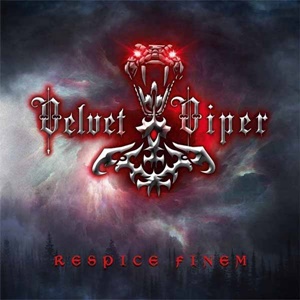 Singer Jutta Weinhold has a solid metal history through her work with Zed Yago, solo efforts, and this act Velvet Viper. Resurrecting a new lineup for this second go around (her first in the early 90’s garnered two studio albums), Respice Finem has much in common with the latter efforts of the much-missed Ronnie James Dio as far as mid-tempo to doomy style traditional metal that proves even at 70(!) she can still out sing and out power most metal singers half her age.

The songs possess the proper catchy musical hooks and metal foundation a la Deep Purple, Dio, and others in that 70’s/80’s class to open up Jutta for her multi-octave register and propensity for squeezing out the best melodies for each track. She isn’t afraid to match the dramatic guitar lines for her opening verses for “Don’t Leave Before Wintertime” in an almost nursery rhyme rhythm – a solid Teutonic effort featuring steady double bass and churning guitar riffs that rear back to 70’s-period Rainbow. She airs out her lower and epic abilities on the ten-minute plus title cut, featuring exotic musical themes, spacey keyboards, and slower yet intoxicating guitar harmony action. The supporting cast of newcomers deserves credit for steering their duties to a traditional framework, accentuating hooks based on doom to mid-tempo grooves – it’s hard not to be bouncing along to “Eternally Onwards” or the double bass driving, bluesy-based anthem “Law of Rock”. While fear may set in at the hour-long playback, the dynamic difference within the ballads and rockers justifies the eleven tracks on display – as Velvet Viper feels in 2018 like you are taking in the next continuation of Dio following Master of the Moon.

Solid meat and potatoes songs that are 100% metal, Velvet Viper may not necessarily be breaking new ground in the genre – and that’s okay. We certainly could use more acts to stay within their comfort zone and stick to conventional themes of magic and mystery – and that’s what you’ll find in spades here. 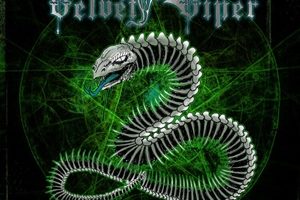