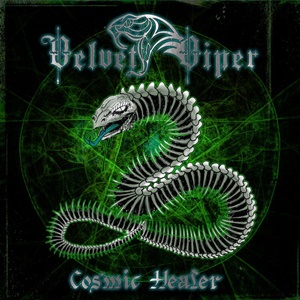 Singer Jutta Weinhold with the latest Velvet Viper album Cosmic Healer embodies the metal for life motto. You can’t say many metal singers at 73 are still cruising along – the third record for this group since reuniting in 2017 and their fifth studio album overall. Intertwining tales of fantasy, mythology, and the love of the genre, you’ll get eleven tracks that live for the old school heavy metal style developed during the Rainbow/Dio-era years, given a bit of that 80’s twin harmony/double kick development to allow Jutta to push her Teutonic-oriented melodies and power over the top in majestic gracefulness.

The four-piece perform in a safe template where the guitar chords and rhythm section work revel in a mid-tempo or slightly epic-oriented template – the choruses containing that mead hall/ biting nature to contrast Jutta’s natural Dio meets Leather Leone-esque charm. Elements of the spider web/cultural axe proclivities of Iron Maiden show up from Holger Marx in the driving “Voice of an Anarchist”, the musical support and choir-oriented background vocals making the song a highlight for its undeniable hook and smartly delivered transitions. Many of the songs are compact and tightly written in this lively recording – almost as if you are hearing the band in an off the floor manner rather than being flooded by studio enhancement that the band would not be able to pull off on stage. Guest keyboard support from Ferdy Doernberg (Axel Rudi Pell) and Janine Schouten provides those extra textures while not diminishing the natural work of Velvet Viper as musicians – you can expect many fiery guitar lead breaks during “Sassenbach” and the Deep Purple-esque “Let Metal Be Your Master” to keep the proceedings heavy. You may get a pirate-like charge out of the main drumming and specific melody choices for “On the Prowl”, while the record closes with an acoustic version of “Götterdämmerung” – a song originally released on 2019’s The Pale Man Is Holding a Broken Heart record.

Velvet Viper aren’t going to light up registers or playlists for most consumers under 40 – but that doesn’t mean that Cosmic Healer doesn’t hold value for the older generation of heavy metal followers. 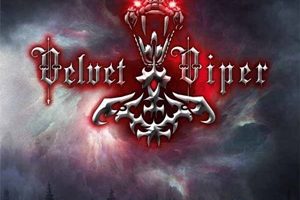