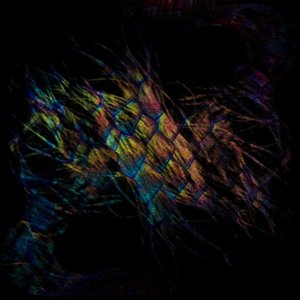 Synthesis, the beauty that it is. To take from this and that and create something that is (ideally) greater than the sum of its parts (whether they are few or many). Even without considering the music on Sables directly, Vaura lives the idea of synthesis in its role, not as a supergroup, per se, but certainly in a project with a side focus from its members’ day jobs, a progressive project in the true sense of the word. Sables refines that progression five and a half years after The Missing. Many of the elements that made that record outstanding return and equally as many have been cast out, making Sables a familiar but equally alien experience in comparison.

Whether revealed through lead up singles or in pre-release interviews with various members of the band, the most outwardly tangible difference for Vaura circa 2019 is the metal elements are gone. Not partially either, but unless the occasional double kick pattern (more akin to an organic New Order) or guitar solo is your threshold for what metal constitutes, the focus on Sables has been shifted away considerably. The journey here is one through the darker, distant spaces of life after dark. The spaces between people, between heartbeats, between breaths. The New Order reference (or The Chameleons, The Cure, or

This shouldn’t come as a surprise given the historical flavor of Josh Strawn’s vocals: it’s difficult to imagine a more fitting realm for him to float over. One of those aforementioned lead-up singles, “The Ruins (Hymne)” is carried by two things: Strawn’s voice and absolutely gorgeous bass playing. One of the premier elements of the band historically has been the strength of the bass (both in the songwriting and in the mix) and this is consistent across Sables. The removal of metal elements means the drivers of that world (guitar and drums) are focused in new ways: shimmering guitar radiates throughout, filling the evening rooms the band occupies with a dim but entrancing light. “The Lightless Ones” showcases the continued driving and anchoring role of the drums, combining with a layer of synth that allows the rest of the band to ebb and flow on what feels like unending waves of darkened light. Even hyperbole cannot do it justice.

Surprises abound across Sables, opener “Espionage” a manifestation of the glance between strangers, beholden to an interior pulse that borders on manic as it rolls through its verses and alley-way light solos. The meandering, exploratory side of the band has not been forgotten, with “Zwischen” a lush, patient journey inward, serving in surprising contrast to the otherwise immediacy-driven first half of the album. The spirit of Echo And The Bunnymen is conjured wildly on “No Guardians” and is probably the biggest surprise of the many on display across Sables.

Given the transitions prevalent across the assorted bands tied to Vaura (Kayo Dot, Sabbath Assembly, Azar Swan, among many others), that Sables takes the shape it does isn’t particularly surprising by itself, though it contains many. We live in an age that, perhaps moreso than any previous, is one of ongoing synthesis. And while it can lead to things that are derivative for the sake of being derivative (uh, see anything by Muse or 30 Seconds to Mars since 2006), it also brings us experiences like Sables. The hands that are behind the work and their individualized goal play a role, of course, and the pedigree behind Vaura as an entity continues to work for its benefit.

Sables is unquestionably going to remain a highlight and continual indulgence of my year. Dive in, embrace the spaces between. 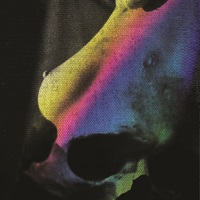