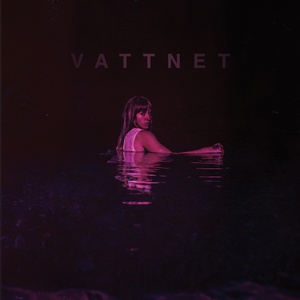 Undoubtedly, post-black metal fans remember Vattnet Viskar, the band that did a remarkable job of straddling the line of gloomy melodies while keeping some aggression behind them. Settler was an excellent release, but following that high-water mark, vocalist/guitarist Nick Thornbury left the band and a re-imagining has since occurred. In short, those looking for something similar to said act will probably be left disappointed.

To the band’s credit, they had the foresight to alter the name of the act (as well as go the self-titled route – an often used way of restarting). And what is left over from the Viskar days is the gloomy and melancholic side. The post- portion of the band so to speak. But instead of contrasting with black metal, it’s a more progressive sound, and the vocals are all in a clean form. There’s some whisperings of aggression here and there (“Time Will Prove Everything”), but they obviously aren’t going in the same direction with it. The melancholy does in fact still work for the band, and some of the melodies can still hold that striking vibe they were so good at capturing (“Sugar”). But there’s one big gaping hole, and that’s the vocals. They have that near-emo tinge to them (think Thirty Seconds to Mars) and it tends to transport some of the material into an almost rock-ish range (see “Chains”). While some prog-rock fiends might be hip to it, it’s clear that it’s going to be the most divisive part of the band’s evolution. It also makes the music feel more “stock” so to speak. It’s not too far removed from your standard prog-rock/metal act, which comes off as disappointing given their initial, more original take on the post-black sound.

On the one hand, it is admirable that they didn’t want to continue with the metallic approach and do it half-heartedly. Unfortunately, their current sound is one that will alienate at least some of their old fanbase. Some acts like Anathema have been able to transcend genre and maintain their old fans – this just doesn’t have that same vibe.