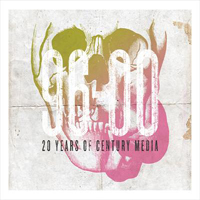 The second installment in a series of four (Blistering also was way into the first go-round), ’96-’00: 20 Years of Century Media tackles the era that catapulted Century Media Records into the upper echelons of the underground. In retrospect, their timing on a lot of things (i.e. trends) was pretty spot-on, with the early, mandatory works of Lacuna Coil, Cryptopsy, Stuck Mojo, and Shadows Fall all included during this era.

Disc 1 runs a pretty spacious gamut, starting with the metallic hardcore of Merauder’s “Master Killer,” and the bayou-soaked sludge of Eyehategod’s all-too-brief “Methamphetamine.” Iced Earth’s tender “I Died For You” is a treat, as is Rotting Christ’s mid-placed black metal anthem “Shadows Follow.” Moonspell’s “Opium” (off the band’s only good album, Irreligious) is included, while the necro BM gleam of Ulver’s “Hymne III” proves just how versatile the label was at that particular juncture. Additional prime cuts from Skinlab, The Gathering, and Strapping Young Lad round out the 20-song set.

Disc 2 begins with Lacuna Coil’s ethereal “No Need To Explain,” followed up by Arch Enemy’s bruising “The Beast of Man” (what, nothing off of Burning Bridges?). Cryptopsy’s seminal “Cold Hate, Warm Blood” sends us back to the time when the Canadian death metallers were actually relevant, while Shadows Fall’s “Crushing Belial” offers a glimpse of things to come. Rounding out the set is songs from the very underrated Angel Dust, Dark Tranquillity’s joyous “Wonders At Your Feet,” leading up to Nevermore’s would-be hit “Believe In Nothing,” which is the last of a mostly-killer 18-song set.

This scribe remembers pouring over the Century Media mail order catalog (remember those?) in search of most of the aforementioned bands, prompting a bit of nostalgia on our part. This particular era found most of the CM bands nearing the apex of their careers (Stuck Mojo, Tiamat), or on the brink of explosion (Lacuna Coil, Shadows Fall), so it’s nice to know the label hasn’t forgotten about this moment in time. Lord knows we haven’t… 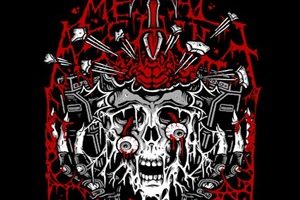 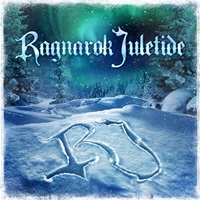