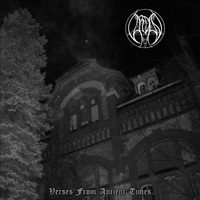 Such a typical Moribund release…which is probably why it works on so many levels. Vardan, a one-man black metal band from Italy, is up for another ‘go-round with his supposed 22nd album, Verses from Ancient Times. The somewhat, but normally, but not always reliable Metal Archives may state differently (they have him down for nine), but who are we to argue with the label’s short biography? Fact is, the man spat out three albums last year alone, which means he has come to master the art of do-it-yourself recording, which in the world of black metal, is means for productivity galore.

To the matter at hand, Vardan’s sound, as so expected, is rooted heavily in the rudiments of second wave Norwegian black metal. The perfunctory guitar tone fuzz is front and center, crawling down walls with tremolo picking, and sounding hazy and crazy when the weird chords rain on down. Mr. Vardan’s riff choices are hardly out of the ordinary, but they’re expertly sequenced, like around the five-minute mark (so) of opener “I,” where he combines the buzzing of Burzum with the dungeon droning of…Burzum. However, Versus… is far from Varg worship; the frenetic whirlwind conjured up on “II” states otherwise (more of those keyboard beds, please), while the utterly vintage “IV,” holds down the “troo” fort like it was 1992.

As so stated above, for a stretch, Moribund came to embody the beyond-grim black metal sector, thus giving Vardan all the more credence in a credence-needing scene. Verses from Ancient Times won’t split the difference, blaze new paths (or northern skies), but it succeeds in beyond embodiment black metal, which for one man who does everything (there’s nary a sight of even a guest drummer), counts for something. Here’s to at least two more albums in 2015… 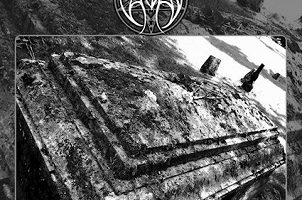 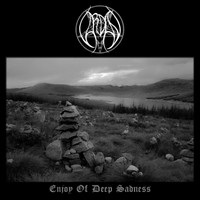 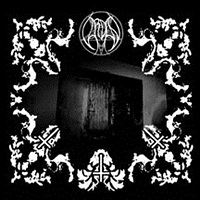