Still fresh off their warmly-received 2014 Untrodden Corridors of Hades album, long-running (as in, 1988) Greek black metal ensemble have cobbled together an odds-and-sods EP by way of The Confessional of the Black Penitents. Comprised of three new songs and four live jams, the EP’s purpose, apparently, is to put a bow on the album cycle for Untrodden Corridors, while giving the band a nudge in the visibility department while they head into 2016 with plans a fresh LP.

The live songs, like any other live recordings on any other live album, are give-and-take. The four pull from all eras of the band’s career, with the venomous “Descent of a Prophetic Vision” being the only song that translates appropriately. Probably fun for Varathron to record and stack into the vaults, but not much value beyond that. The real call beckons with another full-length next calendar year. 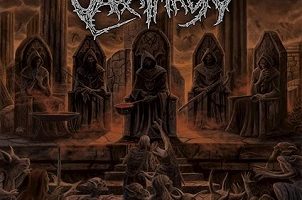 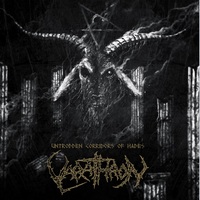