Vandor – In the Land of Vandor (Self-Released) 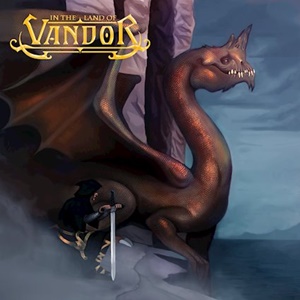 In a novel approach to the power metal genre, Swedish band Vandor proudly proclaim their debut full-length In the Land of Vandor contains recordings the way it should be. No Autotuning, no melodyne, real drumming, and real kick ass music. Founded by brothers Alve & Vide Bjerde (bass/vocals, lead vocals/guitar respectively), the quintet has been around since 2015 and live for the rhinestone shining beacon of the genre when Helloween/Michael Kiske burst onto the scene in the late 80’s.

Vandor bring forth twin guitar melodies and steady power rhythms, along with a supplementary keyboard refrain here and there to raise the positive feelings contained in these tracks. Alve doesn’t let his bass lie in the root note background – his fluid activities aid the cause for harmony improvement during “Wrath of the Night” and the shape-shifting “Warriors of Time”. Because four of the five musicians supply background vocal support, the emphasis on natural vocal blending and complementary harmony extensions makes a lot of the bridge/chorus action more believable to occur from studio to stage – almost AOR-ish during “Possessive Eyes” as an example. Expanding epic horizons and challenging the listener in a progressive way for the 13:57 “Uncover the Earth”, you can expect 70’s style keyboard tones and off-tempo rhythm section interplay – beyond the expected double kick, tranquil atmosphere change mid-stream, and racing guitar sections – careening everything from 70’s progressive rock to Judas Priest/Iron Maiden influences and keeping listener engagement on high. Alve’s main duties on vocals don’t necessarily place him into the ‘highest’ octave category – but his warmth and ability to sit in that progressive rock style should win over quite a few people, and he does know how to also move into a lower, palatable arena when called for.

In the Land of Vandor will convert many into the fold because of it’s in your face spirit and killer musicianship – and that’s all Vandor could hope for in an industry where most bands sound the same because of their reliance on digital/computer tools to achieve their output. 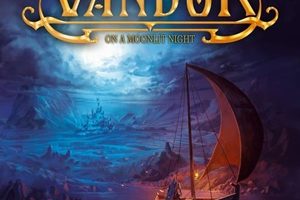