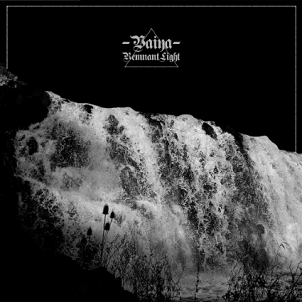 Bust out your stopwatches, for here’s a band who is coy enough to release an album with three songs that are exactly 13 minutes long apiece. You could almost see the chopping, editing, alterations and sitting by the computer with a stopwatch (probably not, but let’s go with the exaggeration) just to ensure these tunes hit the pre-determined mark. It was once a cute, unique thing when Edge of Sanity released their unbeatable Crimson album in 1996 that totaled exactly 40 minutes. Now, it’s a little passé, but thankfully for the one-man project known as Vaiya, Remnant Light is not.

Originally released in 2014 via Natural World Records, the reissue by Nordvis and Bindrune doesn’t offer anything new outside of increased exposure for Vaiya, who are helmed by Australian Rob Allen. His songs, as indicated, are long-winded affairs, culled from the dingy depths of atmospheric black metal’s core. To his credit, he’s able to create atmosphere without resorting to studio tricks, as displayed on the opening riffing segment on “Banishment,” which turns into quite the hypnotic affair. Allen, like his contemporaries, seems to favor the mid-tempo into blast-volley, a common tactic used when composing long-form black metal. “Transformation,” though, gets somewhat lost in the treacherous bog of normalized riff pairings and hollowed-out bellows.

The inherent risk of one-man bands is that they operate in a vacuum. With no one to actually suggest song changes, the tunes themselves become the product of someone writing without oversight. Not to suggest Allen needs someone standing over his shoulder, but the overwrought nature of Remnant Light gives the impression that it may not be a bad idea to let someone else provide a discerning ear.