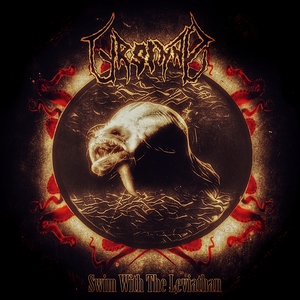 Taking the combined experience of Dave Ingram (ex-Benediction, ex-Hail of Bullets, etc) and Jonny Peterson (Wombbath, Henry Kane), Ursinne has a certain level of pedigree to it from the get-go. As such, the band tackles the death metal genre with a Sweden meets England kind of way, which should be ripe for old school death metal fans. But unfortunately, it falls into a tedium of been there, done that.

Following along with the Bolt Thrower/Hail of Bullets tactics and inserting a heavy dose of buzzsaw guitars, Ursinne isn’t exactly breaking much new ground with their formula. But that’s okay, as many groups of this ilk have managed to steer the ship in the right direction still due to solid songwriting chops and a sense of taking the best in what the genre can offer. That’s where Ursinne fall short. In listening to the album, few of the tracks standout. Many times, the level of ‘buzzsaw’ causes the guitar to lose its memorability in the riffing and it feels like a big, crunchy blur at faster tempos (see “Bullet Bitten”). Nearly all the original tracks here suffer a similar fate and while they aren’t bad, never retain much individuality. Considering the talent involved here, it seems particularly tepid in that regard. The one exception is that of the band’s cover of The Osmond’s “Crazy Horse.” There’s a sense of fun and energy that makes the track stand out, and this sort of gusto could have benefitted the band from start to finish. There are actually three more covers to be found, but come off as more straight-forward, or even a little hokey in the case of The Vapors’ “Turning Japanese.”

Dave Ingram’s menacing barks aren’t enough to give Swim with the Leviathan a thumbs up. Ursinne’s debut just doesn’t resonate after listening. Not bad, but not great either – just an overwhelming sense of “meh” to be found here.