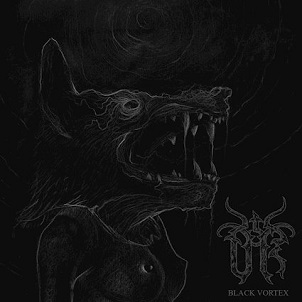 Pronounced “er” or “yer,” what Poland’s Ur lack in proper name definition, they make up for in the dissonant death metal department. Comprised of several seasoned vets from the Polish metal scene, the band’s Hail Death debut EP got the ball properly rolling, allowing their first proper full-length Black Vortex to take the (black-caked) baton, or whatever you’d like to call it. It’s pretty much a Polish metal thing – few, if any of these bands adhere to any sort of rulebook or scene norms. It’s why most sound so different.

The proliferation of odd, twisting, mutated riffing is what gets Black Vortex off the ground. It’s quite possible the Poles have done their homework on legendary Voivod guitarist Denis D’Amour (primarily known just as “Piggy”), who is the undisputed trailblazer for these kinds of riffs. In the case of Ur, they’re simply bumped up to a death metal level, complemented by demented, scorching vocals and the odd bump in the thrash department. But, for the most part, these tunes hum and zoom, in particular, the opening one-two combination of “Black Vortex” and “Black Spark,” along with the suitably raucous “The Beckoning Silence” and “The Goddess of the World,” a number that drops in a rare guitar solo.

This type of discordant, un-melodic death metal (save for the opening runs on “Oblivion”) generally finds favor without too much wrangling and deservedly so – Ur can certainly piece together songs with plenty of liquidity and movement. Look at it this way: If Voivod and Immolation were combined into some semblance of a Polish death/thrash band, then it would be Ur.