Upon a Burning Body – Southern Hostility (Seek and Strike) 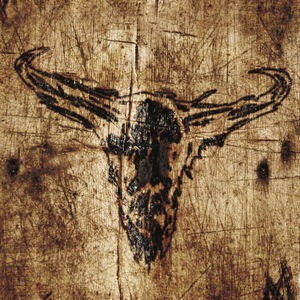 What’s a band to do when their attempts to reach a wider (read: nonmetal) audience falter? You can either double down, or go to the inevitable “back to the roots” approach. The latter seems to be the case for Upon a Burning Body, whose last album, Straight from the Barrio, had more than a few cringy moments (see “B.M.F.” or “My Distorted Reflection” for some evidence) and didn’t really propel them to the next level. Touted as ‘pure heavy metal,’ new album Southern Hostility is indeed a step back in the right direction even if some of it feels a bit forced.

The album isn’t marketed wrong, as it checks off quite a few of the metalcore/deathcore boxes with reckless abandon. The album opens with plenty of snarl with the quick burst of the title track and “King of Diamonds” utilizing a dose of southern grooves and ‘core breakdowns, along with some aggressive yet catchy melodies. More melodies are openly incorporated as the album continues, with “From Darkness” offering the first glimpse as some cleaner vocals and later tracks “Never Alone” and “Soul Searcher” scratching that older metalcore itch. Plenty of bravado/swagger is included, and tracks like “The Anthem” and “Burn” have some utterly bouncy riffs and tight melodies because of it. But for each success that the album brings forth, it’s also coated with some more cliché elements. An over-reliance on breakdowns starts to sink in towards in the later part of the album, as does sticking with more traditional song structures on each track. The closing cover of Alice Cooper’s “Feed My Frankenstein” does the album no favors either, feeling completely out of place with the music that precedes it and leaves the listener with a final feeling of “meh,” despite some of the heavier moments in the earlier tracks.

A few bright spots clearly poke through Southern Hostility, but it’s not quite enough to move past some of the more typical elements for the genre. As is the nature with the ‘going back to our heavier days’ types of releases, the heart may be in the right place but the execution doesn’t seem to push all of the buttons that revisiting an older album may provide.