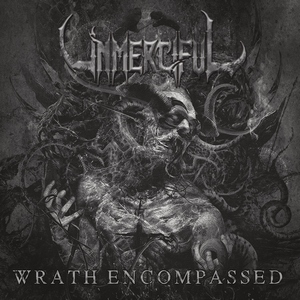 One of those band names that is seemingly a perfect description of the music at hand, Unmerciful is back for another round of genuine brutal death metal with their third album, Wrath Encompassed (an equally suitable title). The first output of the band since 2016’s Ravenous Impulse, and featuring a new vocalist and drummer – it’s pretty clear upon the first few notes that the band has not lost a step in the time between records.

Wrath Encompassed is obviously not a very happy album. Like much of the death metal world, or at least within the brutal quadrant, it exists to provide an energetic and musical sense of punishment. It’s unapologetically heavy and cares not for worrying about out-teching the rest of the pack so much as it does in simply relishing a solid punch to the listener’s face, in an enjoyable way mind you. With the ex-Origin members involved, you also know there’s going to be a certain amount of high-speed riffing (and blastbeats), but Unmerciful does also know that you can’t just run an album that’s close to 40-minutes on velocity alone. The brutality is always there, regardless of speed, but well-timed slowdowns and grooves (closer “Inexorable Decay” is a monster in this regard) keep the band afloat and eschews some of that ‘death metal blur’ that many a band gets stuck into. It’s also all about those riffs too. A track like “Blazing Hatred” thrives because of the emphasis it puts into riffs that, despite their aggression and speed, manage to stick into your head. It’s a quality of a veteran band knowing how to appropriately balance those elements that really gives Unmerciful significant leverage over the average act in this genre.

Wrath Encompassed knows its audience and displays only the strengths of brutal death metal. It’s an absolute adrenaline rush of an album that shows Unmerciful as consistently on their game and downright lethal in their execution. Can’t go wrong with one if you desire something visceral. 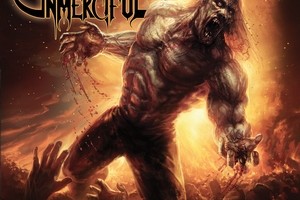