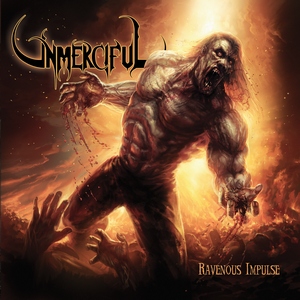 Any guesses on what a band that is comprised of 2 ex-Origin members (Jeremy Turner, Clint Appelhanz) and one current Origin member (drummer John Longstreth) is going to sound like? Well, turns out the obvious guess isn’t entirely correct. There’s an element of Origin’s savagery present for sure, but this Kansas death squad isn’t afraid to hone in on groove and NYDM moments to keep their edge razor-sharp.

It’s been ten years since the band’s first effort, Unmercifully Beaten, was released but the band has lost nothing in terms of brutality over the years. Frequently pushing down the speed button for all it’s worth, Longstreth again proves his death metal competency behind the kit with impressive blasts and fills. The riffs come in just as furiously, falling well in line with the somewhat technical rush present with bands like Suffocation or Cannibal Corpse, but with clinical precision that modern acts also employ. This keeps a wildly visceral component to the band, evident the instant that “Unmerciful” begins to hit your ears. The groove on tracks like “Enduring Torture” succeed in both giving the listener a break from the frenetic speed rush and allows them to show that they can still crush bones when they slow down for a second. For them to sneak in even some subtle melodies from time to time (“Kingdom of Serpents”) just provides further evidence that the band is firing on all cylinders.

Cue up all the clichéd death metal verbs like crushing, relentless, savage, brutal, and so forth – Ravenous Impulse will have you spouting them all before the end of the album. There’s no higher principle that the band operates on other than to oppress your senses and give you an audial bludgeoning. And for that, Unmerciful does exactly what the doctor has prescribed. 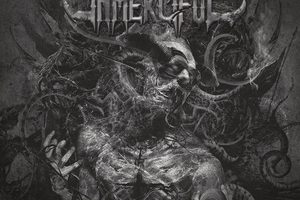