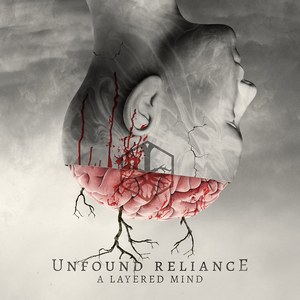 It’s always nice to see some of the younger upstarts following in the pathway of their elders when it comes to their musical geography. Particularly with a Swedish band that takes up the call from Gothenburg. Unfound Reliance does this quite well, and they also manage to bring things up into the more modern era.

A Layered Mind is a 5-track introduction to this melodic death metal act and it leaves a pleasant impression. “The Path” opens up pretty quickly and gives a good baseline for what you are going to get. It’s heavier than you might want to give it credit for, with hard-hitting riffs that mesh well with the clearly Gothenburg-ian inspired melodies and the harsh vocals definitely hit the more brutal end of the spectrum. While they may dip into the more metalcore-ish (and modern) end when they go for that catchy chorus, it’s still quite entertaining. The choruses (starting with “The Path”) are quite addicting, and the injections of some interesting leads/solos help to further establish them as more ‘death than ‘core. Bulging grooves in cuts like “Cowards & Heroes” also nicely tip the scales on the heavier end, which makes the fist-raising melodies even sweeter when they pop up. They do decide to go into more modern territory for the ‘ballad’ called “Horizons,” but it’s a nice break halfway through the album and utilizes some gentle acoustic guitar work before ramping up the volume for the track’s second half (which squeezes in a solid solo too). There’s some genuine feeling to the track, which keeps it from becoming too saccharine.

A Layered Mind is quality, enjoyable melodic death metal that can capture both the heavier and more modern ends of the genre with aplomb. One gets the impression that with a strong starting board like this first EP, Unfound Reliance aren’t going to take too long before more folks catch wind of this and jump on board. It’s catchy with just the right amount of heaviness behind it – easily recommended for fans of Soilwork and In Flames.